Varanasi (Benares, Kashi) has been home to many saints, and peculiar clan of sadhus or ascetics. Varanasi has been nurturing different schools of thoughts in Hinduism. This tour is a Unique Tour, a combination of short walking tour as well as transport based tour with a guide. This tour is for those, who look for exploring and understanding all other aspects of the life of Varanasi, beyond the traditional spiritual paths, river and alley ways.

Important places that a guest will visit in this tour are- 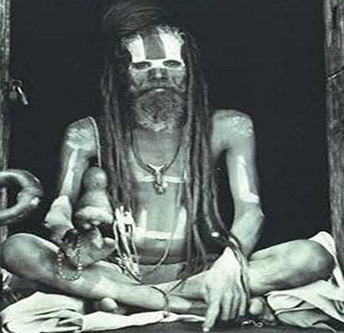 The Aghori (Sanskrit aghora) are ascetic Shaiva sadhus. The Aghori are known to engage in post-mortem rituals. They often dwell in Cremation grounds, have been witnessed smearing cremation ashes on their bodies, and have been known to use bones from human corpses for crafting kapalas (which Shiva and other Hindu deities are often ironically depicted holding or using) and jewelry. Because of their practices that are contradictory to orthodox Hinduism, they are generally opposed by other Hindus.
Many Aghori gurus command great reverence from rural populations as they are supposed to possess healing powers gained through their intensely eremitic rites and practices of renunciation and austerity.
The Aghoris trace their origin to Baba Keenaram, an ascetic who is said to have lived 150 years, dying during the second half of the 18th century. Guest will be visiting Sant Keenaram’s Ashram in the city, for seeing, discussing and understanding the extreme philosophy of Aghor. 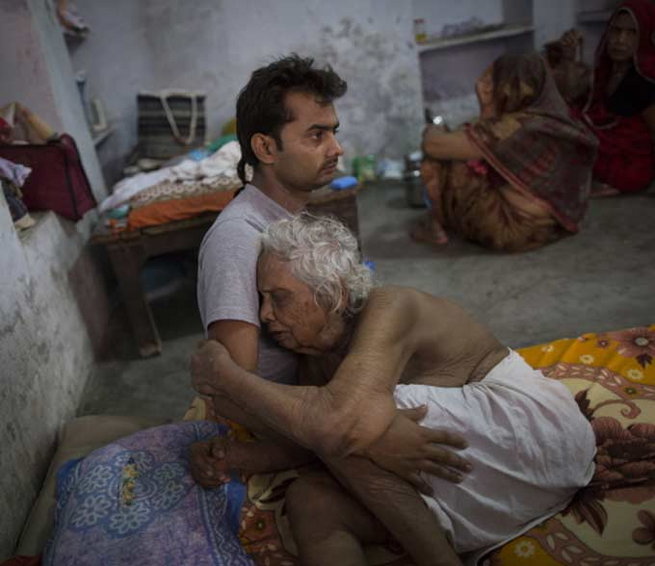 Moksha is a term in Hinduism and Hindu philosophy which refers to various forms of emancipation, liberation, and release. It refers to freedom from the cycle of death and rebirth. Moksha refers to freedom from ignorance: self-realization and self-knowledge. The concept of Moksha is found in Jainism, Buddhism and Hinduism. Mukti Bhawan is a unique place, a kind of a guest house/ spiritual home, where Hindu people come and are allowed to live, so they can die in Varanasi to attain MOKSHA (renunciation from the cycle of birth and death).People who are on their death-bed can stay there for 2 weeks. However, if the person does not die within 2 weeks, he/she has to leave Mukti Bhavan and give his/her room to someone else. A visit to this Unique place to understand what MOKSHA means for the followers of Hinduism. 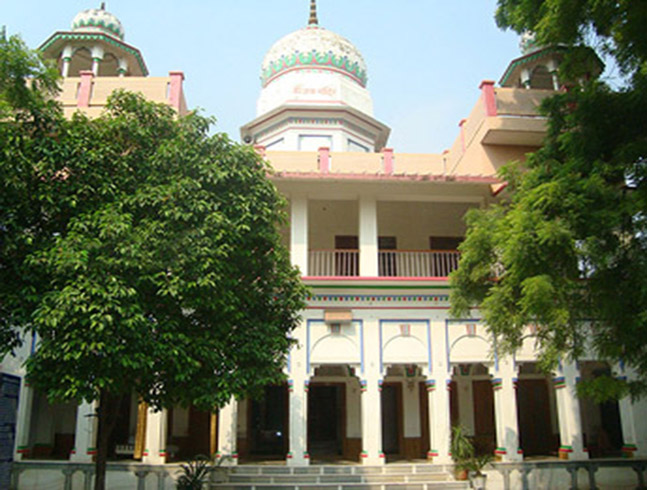 was a 15th-century Indian mystic poet and saint, whose writings influenced Hinduism's Bhakti movement and his verses are found in Sikhism's scripture Adi Granth. His early life was in a Muslim family, but he was strongly influenced by his teacher, the Hindu bhakti leader Ramananda. Kabir is known for being critical of both Hinduism and Islam, stating that the former were misguided by the Vedas and the latter by the Quran, and questioning their meaningless rites of initiation such as the sacred thread and circumcision respectively. During his lifetime, he was threatened by both Hindus and Muslims for his views. When he died, both Hindus and Muslims he had inspired claimed him as theirs. Kabir suggested that True God is with the person who is on the path of righteousness, considered all creatures on earth as his own self, and who is passively detached from the affairs of the world. To know God, suggested Kabir, meditate with the mantra Rama, Rama. Kabir's legacy survives and continues through the Kabir panth ("Path of Kabir"), a religious community that recognizes him as its founder and is one of the Sant Mat sects. Its members are known as Kabir panthis. Guest will be visiting his home, where he is believed to be born.

Sant Ravidas was a North Indian mystic poet-saint of the bhakti movement during the 15th to 16th century and devotional songs of Sant Ravidas made a lasting impact upon the bhakti movement. Sant Ravidas was born in the village of Seer Goverdhanpur, near Varanasi. The life details of Ravidas are uncertain and contested. Most scholars believe he was born about 1450 in a family that worked with dead animals and their skin to produce leather products, making them an untouchable Chamar caste. Tradition and medieval era texts state Sant Ravidas was one of the disciples of the bhakti sant-poet Ramananda. Ravidas' devotional songs were included in the Sikh Scriptures, Guru Granth Sahib. The Panch Vani text of the Dadupanthi tradition within Hinduism also includes numerous poems of Ravidas. There is a larger body of hymns passed on independently that is claimed and attributed to Ravidas. Sant Ravidass taught removal of social divisions of caste and gender, and promoted unity in the pursuit of personal spiritual freedom.

Guest will be visiting his temple, where he was born, and, understand his philosophy.

The other attractions of this UNIQUE VARANASI tour are, Akhadas (Clay court Gym) for wrestling, Road Side Dentist, Road Side Barber and some unique features of Varanasi’s life found during the tour. 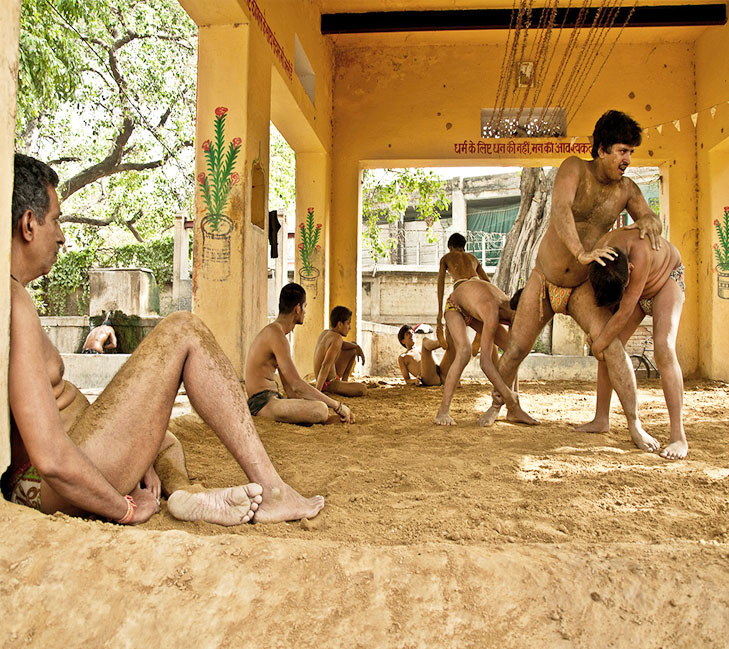 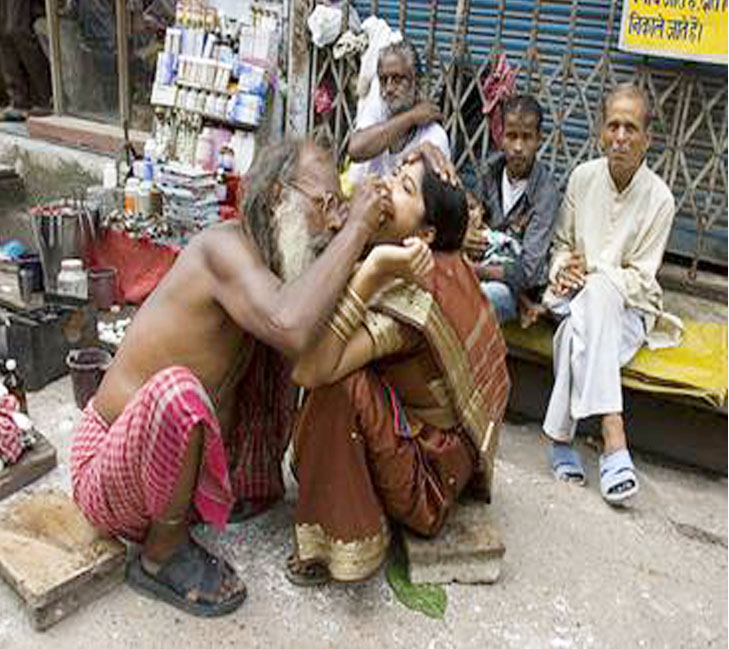 
Kindly write to us, if you are interested in this UNIQUE TOUR of Varanasi, so that we can discuss your convenient timing to start this tour.


This is a half day tour and the best time to start this tour is from 7-9 AM.Cost of the half day tour is INR 5500 for 1 person and every additional person would be INR 1500. (Cost Includes Transport and Guide)